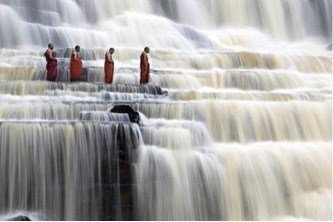 How Photoshop Ruined the Pongour Waterfall

Posted at h in Vietnam by 26 Comments

Have you seen this gorgeous photo of monks at Pongour Waterfall? The answer is probably yes, since it’s one of the top results on Google.

In all fairness, ‘work of art’ is more accurate, but we still feel the sting of disappointment whenever we see the photo. It ruined our first impression of Pongour Waterfall by setting ridiculous expectations, expectations that could only lead to disappointment.

We felt deceived by the photo, but it’s really not the photo’s fault. Many tour companies and travel agencies use this image to represent the real thing.

Don’t be fooled. Avoid the disappointment we felt and have realistic expectations for Pongour Waterfall.

Pongour Falls is not an Ethereal Shangri-La

We all dream of finding an ethereal Shangri-La. Our story is not unique. This photo shapes the imagination of most Pongour Falls visitors. When researching the waterfall, you see the photo everywhere. The image gets burned in your brain and you get emotionally invested in the fantasy. After all, it’s really not that far-fetched.

There are many powerful waterfalls in Asia and millions of monks. We thought, “even if we don’t see the monks. The real waterfall has to bear some resemblance.”

The sad fact is that the photo bears no resemblance to the real Pongour Waterfall.

Don’t be fooled. Avoid the disappointment we felt and have realistic expectations for Pongour Waterfall.Click To Tweet 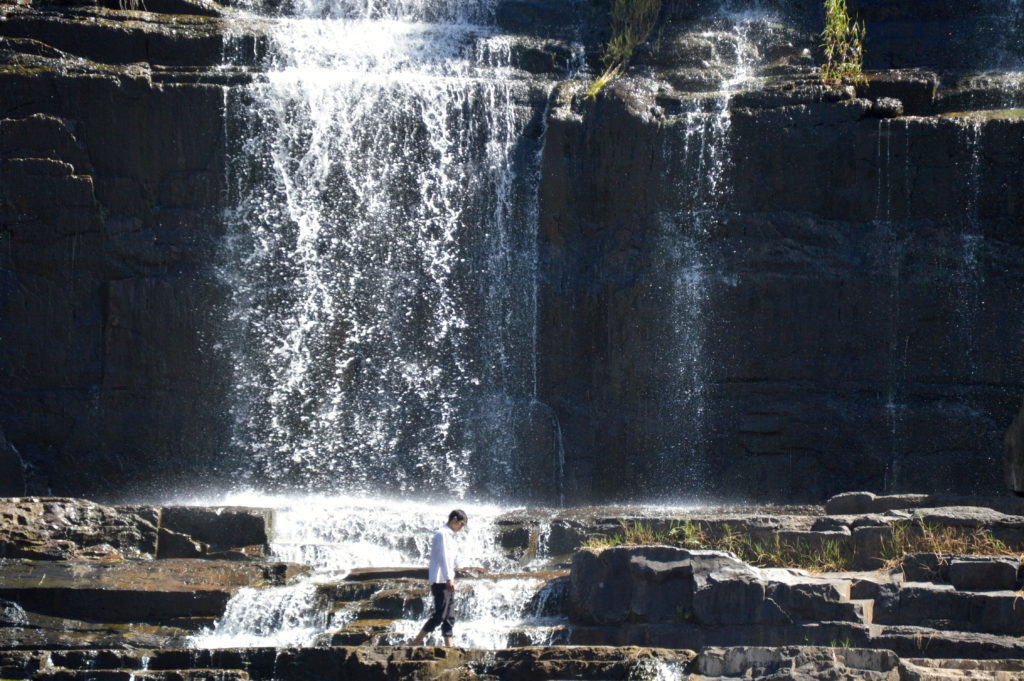 We wish we never saw the photo. When we looked at Pongour Waterfall for the fist time, we were confused. We thought it must be some minor waterfall leading to the magical place we were dreaming about. Then the reality set in, and we were so disappointed. 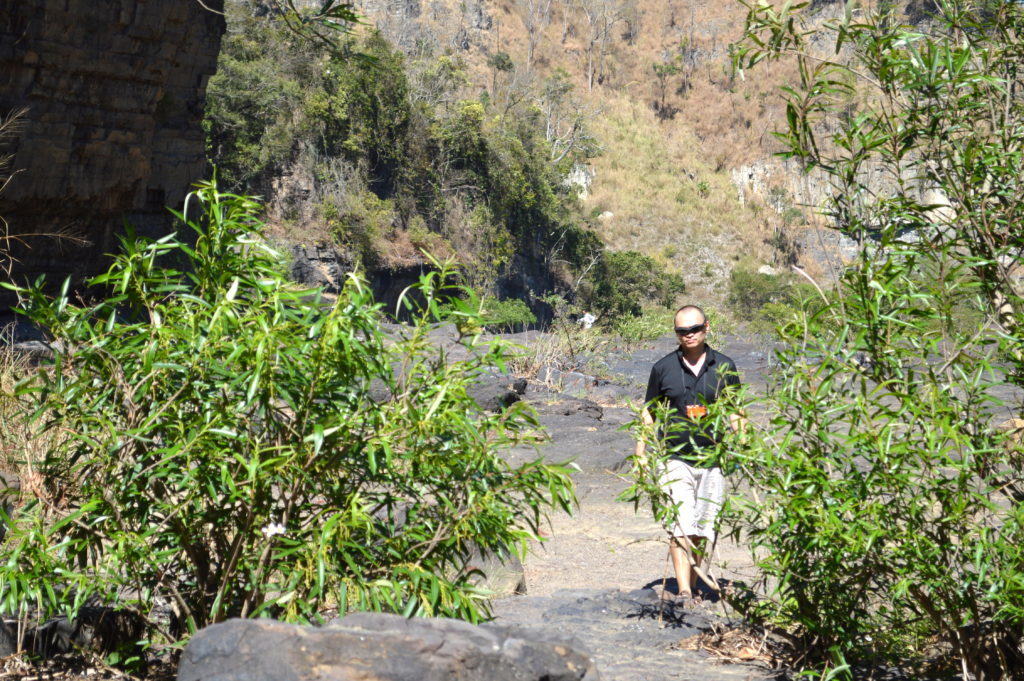 It was challenging to shake that sense of disappointment and appreciate the beauty of the real Pongour Waterfall. It was a shame because it’s a beautiful place and totally worth a visit. If you want to visit Pongour Falls, make sure you have realistic expectations and you’ll have a great time.

How We Enjoyed the Real Pongour Waterfall

Your first expectation should be that the site is less about the waterfall and more about the rock formations. When we changed our mindset, we really started to enjoy ourselves. We began to appreciate the waterfall as a bonus feature that added value and beauty to the site. The unlikely stars of the show are the rocks. The formations are dramatic and interesting and pleasing to the eye. 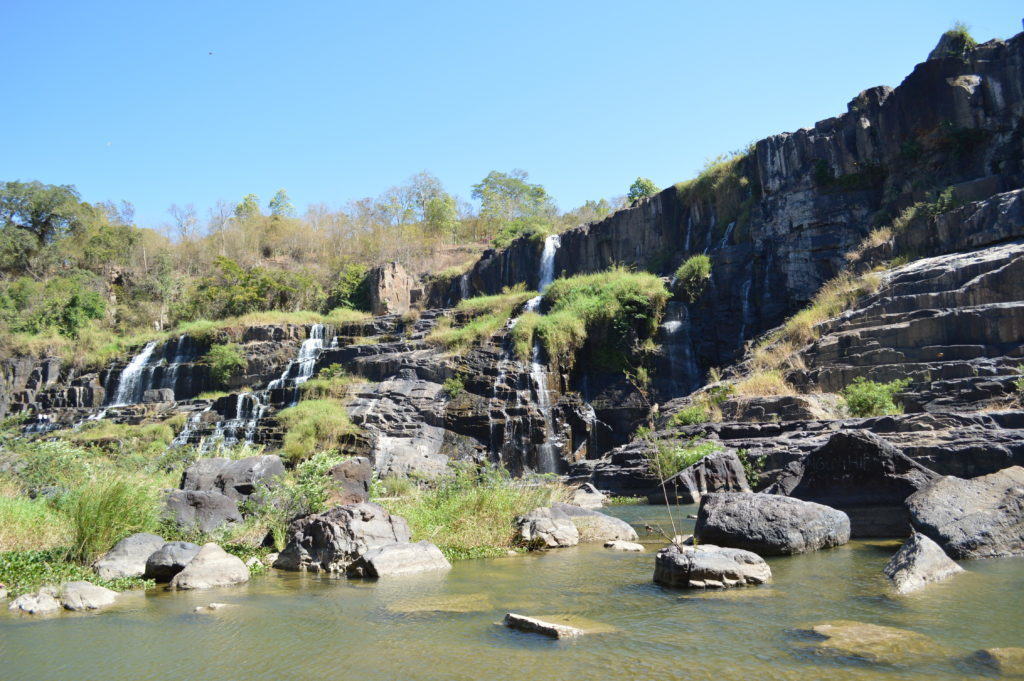 The size of falls, especially when viewed from a distance, makes the water flow seem even more humble than it is. Pongour Waterfall is over 40m tall and spans more than 100m. But the whole site is one deep basin that is surrounded by towering and sheer cliffs. Mammoth boulders are strewn about.

There’s a huge collecting pool and a gentle stream flows out of the basin. We don’t know all science, but we know that it takes millions of years to make a place like this. The basin itself covers several acres, and there’s lots of natural nooks and crannies to explore. 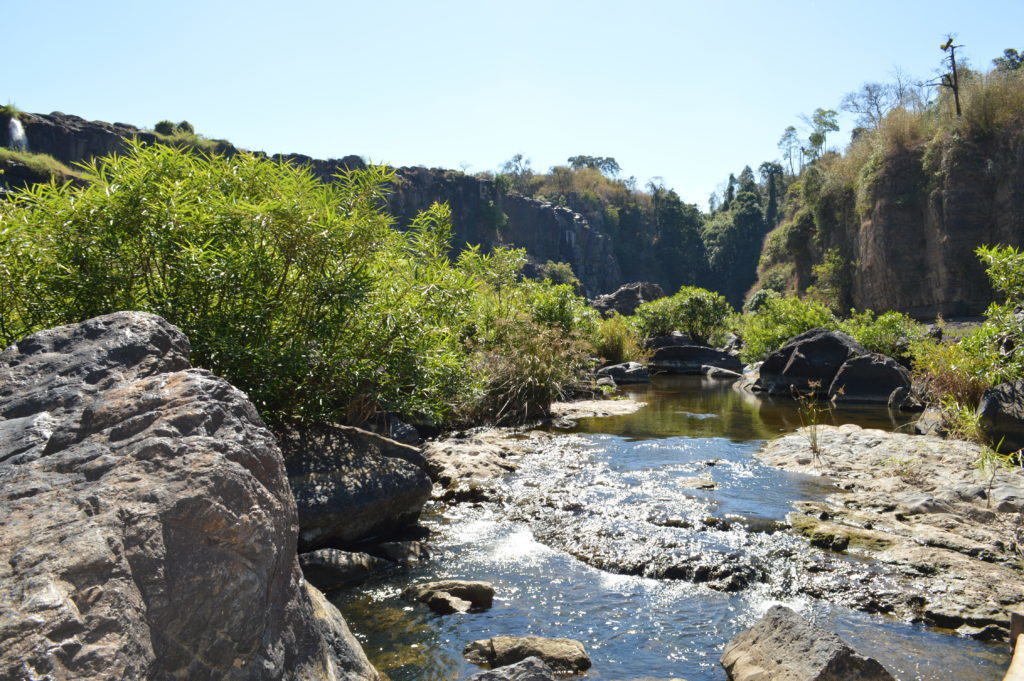 You Can Climb Pongour Falls

Your next expectation should be to have some fun getting wet. The gentle water flow has one big advantage – you can climb the Falls! This was the most fun we had there. It was so slippery, but we actually got on the first several levels and splashed around. 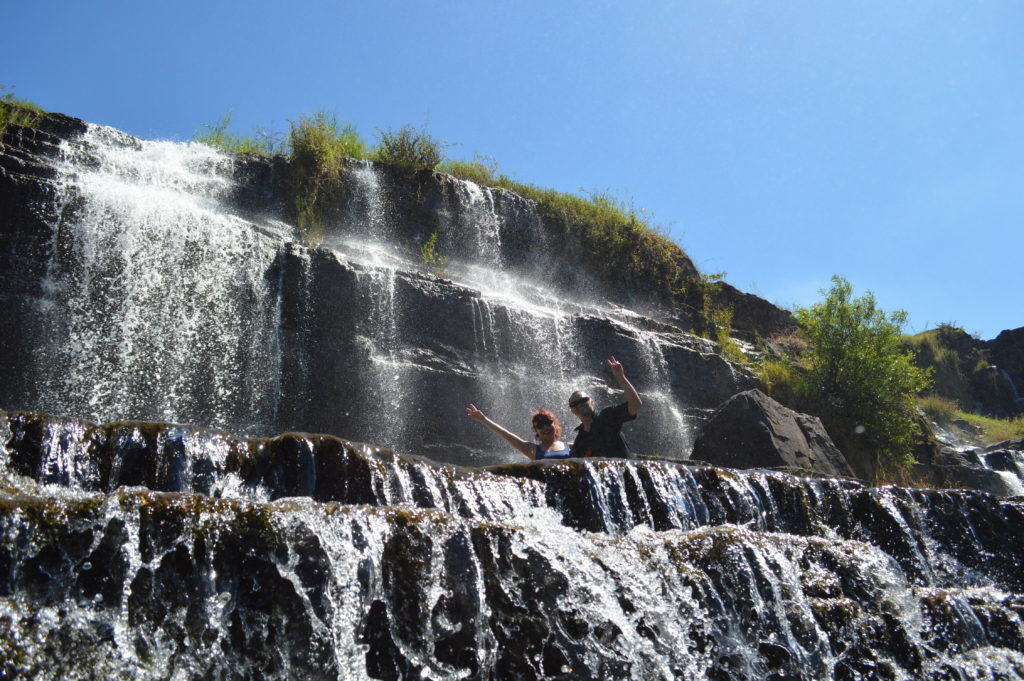 Despite having our first impression of Pongour ruined by that photoshopped image, we ended up thoroughly enjoying our time there. We even plan on visiting again in the future. Our first visit was in January, which is the dry season. Next time we’ll visit in the rainy season, June – August. The water flow is supposed to pick up dramatically. Of course, we’ll have more realistic expectations this time.

Do you have any travel stories about flawed expectations? We’d love to hear about them.